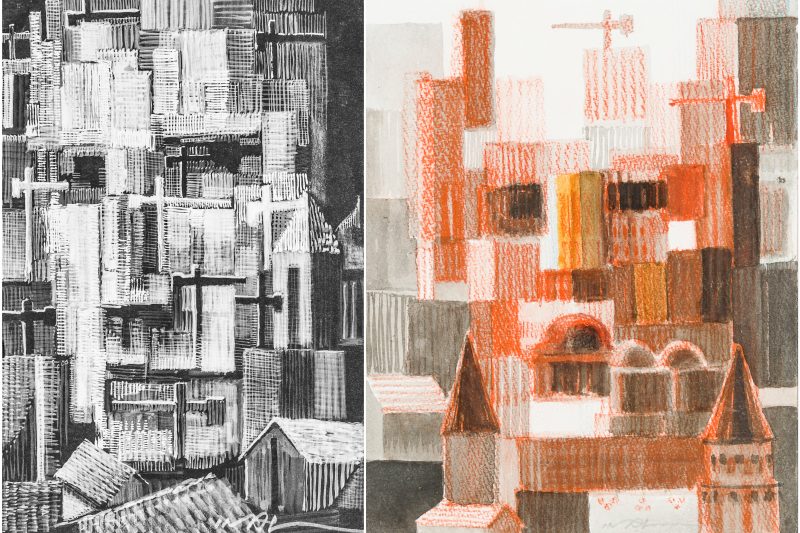 Artist Imad Habbab, whose work will be shown at the Seasons – Act I exhibition opening on 30 April at Bant Mag. Mekan, tells about what inspires him and how practicing art is a daily need. 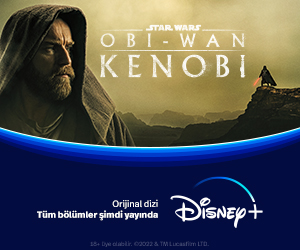 The beautifully detailed work Imad Habbab creates on paper using ink and watercolors get more and more absorbing as you get closer to it. The Civilian Spectrum series he created while he was in Beirut lets you almost hear the layered stories of a city told by people and buildings and the noise of the machinery with a constant construction. Imad Habbab, who left Damascus for Beirut, and has been living in Istanbul for a year, tells us about what inspires him and how practicing art is a daily need. 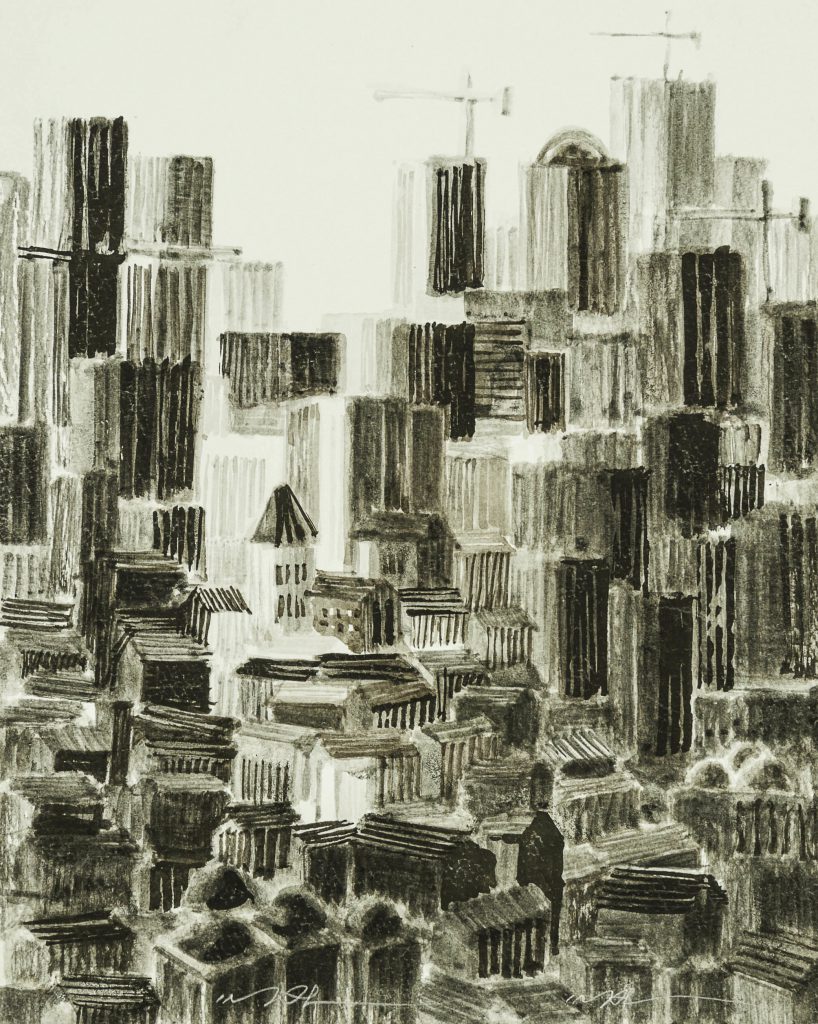 How did you get involved in drawing and painting. When did you know you wanted to become an artist? What was your initial motivation?

Since I was a child it was an obsession with colors and drawing, in 2002 I decided to go deeper into the art concept so I started studying anatomy and drawing, I was 13 years old by then, and after that I went to the faculty of fine arts in 2006 and graduated in 2011. I carried on with my art project. Art was a daily need, and the reason for life to be more beautiful.

Were there particular works that inspired you at early ages?

I do recall my thirst to read the different combinations of colors in the artworks in books and magazines. Once upon a time when I was 8 years old, I was visiting some relatives, and there was a commercial work hanged on the wall, I felt that the colors shouldn’t be treated this way. It created a beautiful question about the colors values inside of me.

Your Civilian Spectrums series relate to the continuous construction in a city and to its people in a very strong sense. When did you start working on this series? What has inspired you to start creating pieces for the series?

When I was in Beirut from 2012-2015, the influence of people was really special in such a place, and within a small city the new construction was erasing the old identity of the city. The metal cranes were promising more concrete and buildings everywhere, disregarding the surface. Aside from the many buildings that left testimonies of the war, I felt that buildings were telling the story of what is happening, and the all the events that represent the identity of the city within its tempo.

How do you move around the themes of identity, history, memory of the city and its people within your frame of work? What are the concerns, what are the feelings?

In Beirut we can see the character of human so clear within a small land, a city that we can cross in one hour by walking, while the buildings were like a temporary fingerprint that can be covered quickly by the consecutive construction. Buildings and faces within the land were the keys to figure out the special identity in each city. In Beirut there were relatively few 100 – 150 year old buildings that represented the end of old construction styles, along with a few traces since the Phoenician and the Ottoman empire, while in Istanbul there is a bigger surface to accept a wide range of construction styles from different eras, and within the past 10 years the new skyscrapers have reformed the value of the city totems.

“A civilization grows with love for life and the water that records the reflections of every little change with the sound of sunlight.” Reading through this sentence on your website, realizing again that one can almost hear the sounds of the city, the construction machines, people and their stories, through your work. How are the sounds an inspiration for you?

I do feel that the emptiness in the city formed by the buildings and the land is the domain for the acoustic identity. I mean the city as a musical instrument, for example when you sit in your room and you make a sound or you play a song, it will take a special reflection inside of this room, and the same in the city, considering the wide range of textures and the water, the height and the whole surrounding shapes.

You work with various aesthetics and different materials such as watercolor, ink and oil. What are your major inspirations in exploring various techniques and expressions?

Mediums are like languages, they open up the dimensions for the creative process, and they are the fortress of value in the art work.

The exhibition will bring together your work created in both Beirut and Istanbul. When did you have to leave Damascus? How long did you stay in Beirut? And when and how did you decide to move to Istanbul?

I’ve left Damascus to Beirut in 2012, and I stayed for three years which was a special experience on different levels, and after a short visit to Istanbul which has a great influence on me I decided to come back in March 2015.

What does “moving” mean to you and how has it affected your artistic process?

It’s a decision that I like to take. It erases the border of knowledge. Traveling makes me feel alive and it open up the possibility for a beautiful experience of humanity.

What do you find especially inspiring in Istanbul?

Rooftops are my favorites, when we live in a big city it’s easy to feel lost unless if we find a way to read the surrounding, and the experience of the sunlight within different hours during the day is priceless.

As an artist, have you ever felt it as a responsibility or an overwhelming need to address the crisis in Syria through your work? It is a personal need to practice art each day, in terms to figure out our capability as a human being to reflect life. 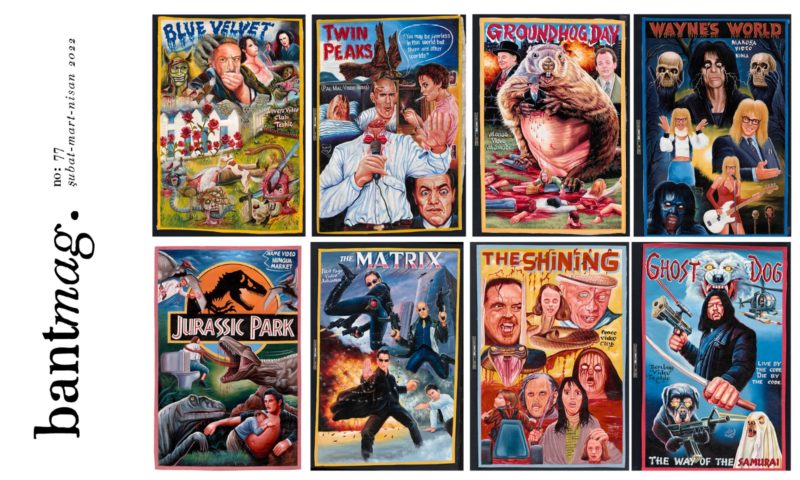