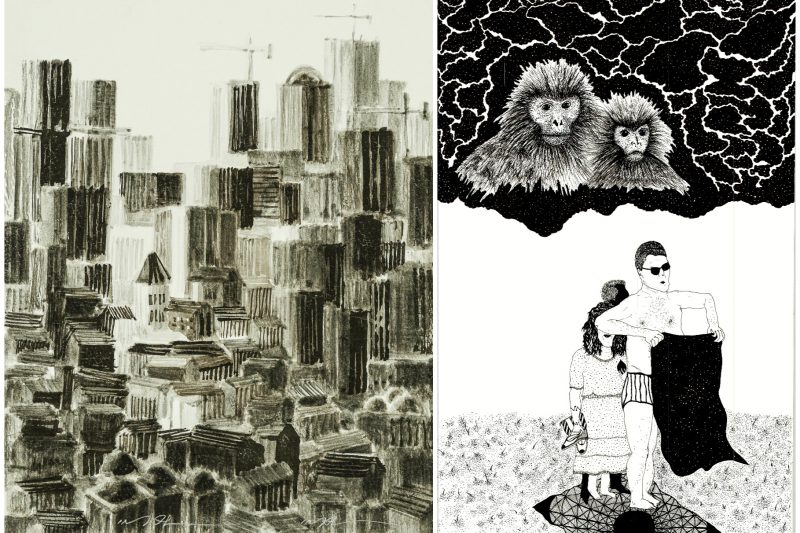 Starting in April 2016, we are presenting an exciting series of exhibitions at Bant Mag. Mekan. “Seasons” series consists of four exhibitions, all of which will bring together Syrian and Turkish artists. The first exhibition “Seasons – Act I” is opening at Bant Mag. Mekan on April 30. “Seasons – Act I” will show the mixed technique on paper works of Imad Habbab, who has come to Istanbul about a year ago and has been living here since, together with actress Hare Sürel’s never before exhibited drawings.

“Seasons” exhibition series is sponsored by Prince Claus Fund for Culture and Development, organized and presented by Bant Mag., in collaboration with ArtHere, which was opened by Syrian artists last year in Kadıköy in order to create a free space for both Syrian and Turkish artists. Each of the four exhibitions, which will be shown throughout the year, will bring together a Syrian and a Turkish artist with similar motivations, different stories and partnering expressions. “Seasons” exhibition series, which we create in solidarity with artists who have fled their country and moved to Turkey due to the ongoing war, hopes to create an independent space for artistic production in Turkey.

“Seasons – Act I” can be visited until May 22. Open everyday except Mondays.